Naturism, , is generally described as the practice of going nude, especially in a mixed social setting. The purpose of naturism is to promote wholesomeness and stability of the human body and mind. This comes most easily to those who shed the psychological and social encumbrance of clothing to see and respect the human body as created.

So, why do people become naturists, well individual responses to that question vary greatly. In some instances naturism is a carefully considered an overall lifestyle; for others, it is no more complicated than a day at the nearest nude beach. What connects these two extremes is the sense of freedom naturist activities provide. For many, the social nudity that helps define naturism is personally liberating; through it, we come not only to accept ourselves but others.

Naturists are anyone who practices nude recreation, social nudity, or both. There are literally millions of Nudists worldwide, especially in Europe, North America, Australia and New Zealand. At this point it has to be made clear that naturism is not a code word for "sex". When naturists talk about "social nudity" and "nude recreation" they mean just that?nude group activities. The variety of activities varies tremendously. There are nude backpackers, canoeists, kayakers, scuba divers?even skydivers.

For less adventurous types, there is everything from the traditional day trip to the nude beach or swimming to house parties,? weekend excursions to nude resorts, and of course Naturist Massage. Most things that can be done clothed can be done unclothed?and usually it?s a lot more fun. Naturism is not an illegal activity, there are beaches where nudity is perfectly legal. So too are there private clubs and resorts that are either clothing-optional, or where nudity is actually required.

Naturism is about body acceptance and body awareness, which makes it appropriate for everyone. In saying that, only you know if naturism is right for you. Some people enjoy being nude in the privacy or their own home or apartment, but can?t imagine being nude on a public beach or in a resort.? Naturism is not something that should be forced, either on yourself or others.

Perhaps the best way to "become a naturist" is with the help of a friend or spouse who is a naturist. Of course, that isn?t always possible. Another option is to contact a naturist organization near you. Nude living thus removes apprehensions and barriers which have hindered communication between people and appreciation of the environment. It leads to healthier and more humane living: richer and simpler, enlightened by joy and freedom. 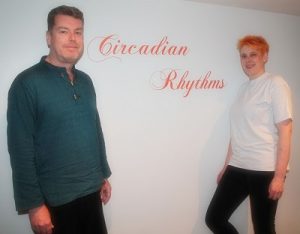